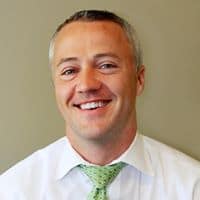 Dr. Paul Scheetz was born in Paw Paw, MI, in the late 1970’s and just over 3 years later moved to a suburb of Chicago, IL.

Graduating from high school in 1995, he was still trying to decide what he wanted to pursue as a career. He attended Prairie State College locally, before moving 3 hours south to attend Eastern Illinois University. Dr. Scheetz always had interests in the medical field but was not sure what focus he should pursue.

He, like several other doctors in the field of chiropractic, found himself witness to the benefits of care for the human frame in the study of chiropractic. His friend’s mother had lost function of her arm and was set to have surgery, when she decided to seek another opinion and visited a chiropractor. She was able to be saved from the trauma of surgery and is still getting adjustments, faithfully.

After this Scheetz had made the decision that he would pursue his doctorate in chiropractic medicine, and in 2002, he graduated from Logan College of Chiropractic, in St. Louis, MO.

Scheetz returned to the suburbs of Chicago after graduating, and since 2003 had been practicing Chiropractic, as well as nutritional consulting in Monee, IL. He is currently a member of the Illinois Chiropractic Society, American Chiropractic Society, and is Certified in Advanced Clinical Nutrition. He continues to value the care of the human frame and diet in his practice and his personal life where he practices what he preaches in hopes to set a great example for his 4 year old son.

Interested in meeting Dr. Scheetz for a consultation? Click here to read more about our nutritional consultations.

Saturday
Open every other Saturday by appointment only